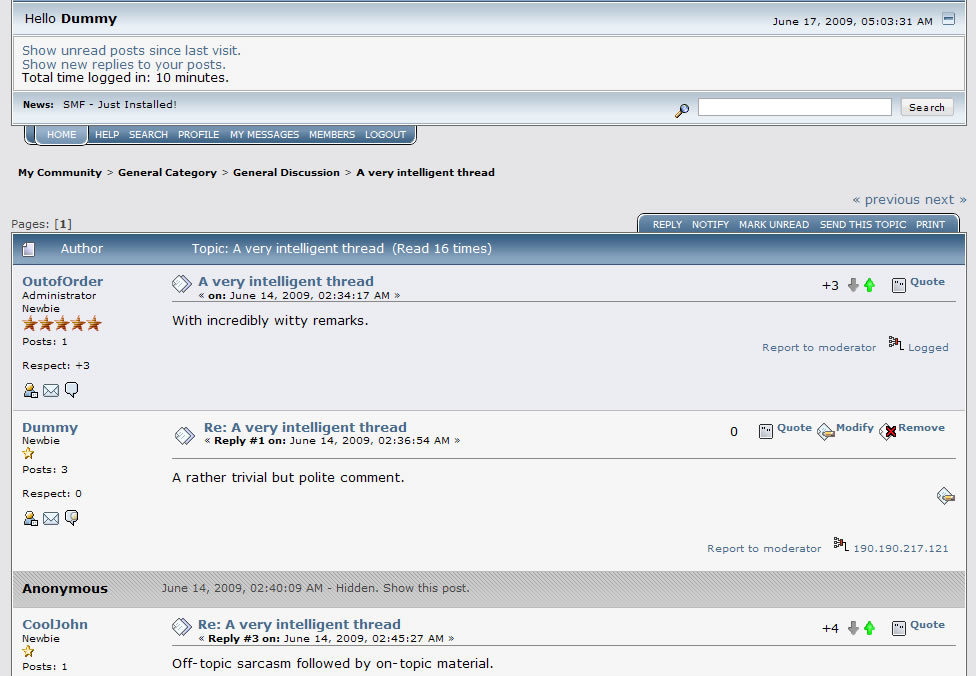 View full size
Good Post/Bad Post Mod
Description
This Mod will add post voting to your forum in a user-moderated fashion. The outcome is a bit of help to the forum moderators, with the nice extra that it resembles democracy a little. It gives members and moderators a general idea of who's a worthy poster and who isn't.

Features
The following features are supported in SMF 1.1.x and SMF 2 RC3+:

A note to SMF 1.1.9+ Admins
The mod version for SMF 1.1.9+ is currently and will remain effectively at GP/BP v1.1.3 (without features from following updates). It was released as a legacy version in simpathy to the SMF 1.1.9 Admins, but support will only be provided in the case that a new SMF 1.1.x version breaks it.
If you want to install this mod for SMF 1.1.x, please download GP/BP v1.1.3. GP/BP 2.0+ does NOT support SMF 1.1.x installations.

Questions/Troubles/Suggestions?
Please take them to the support thread.
You have to register or login to be able to leave a review
There are currently no reviews on this customization
Advertisement: