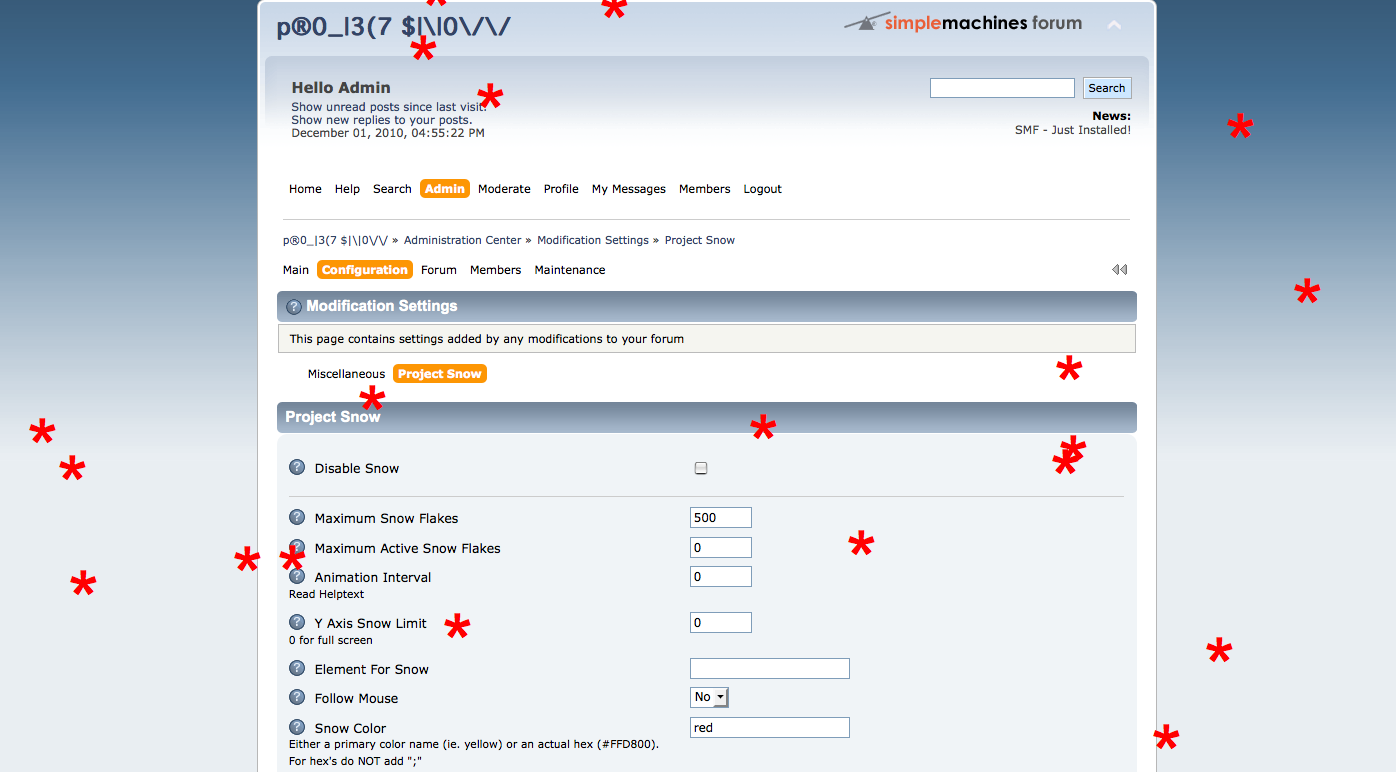 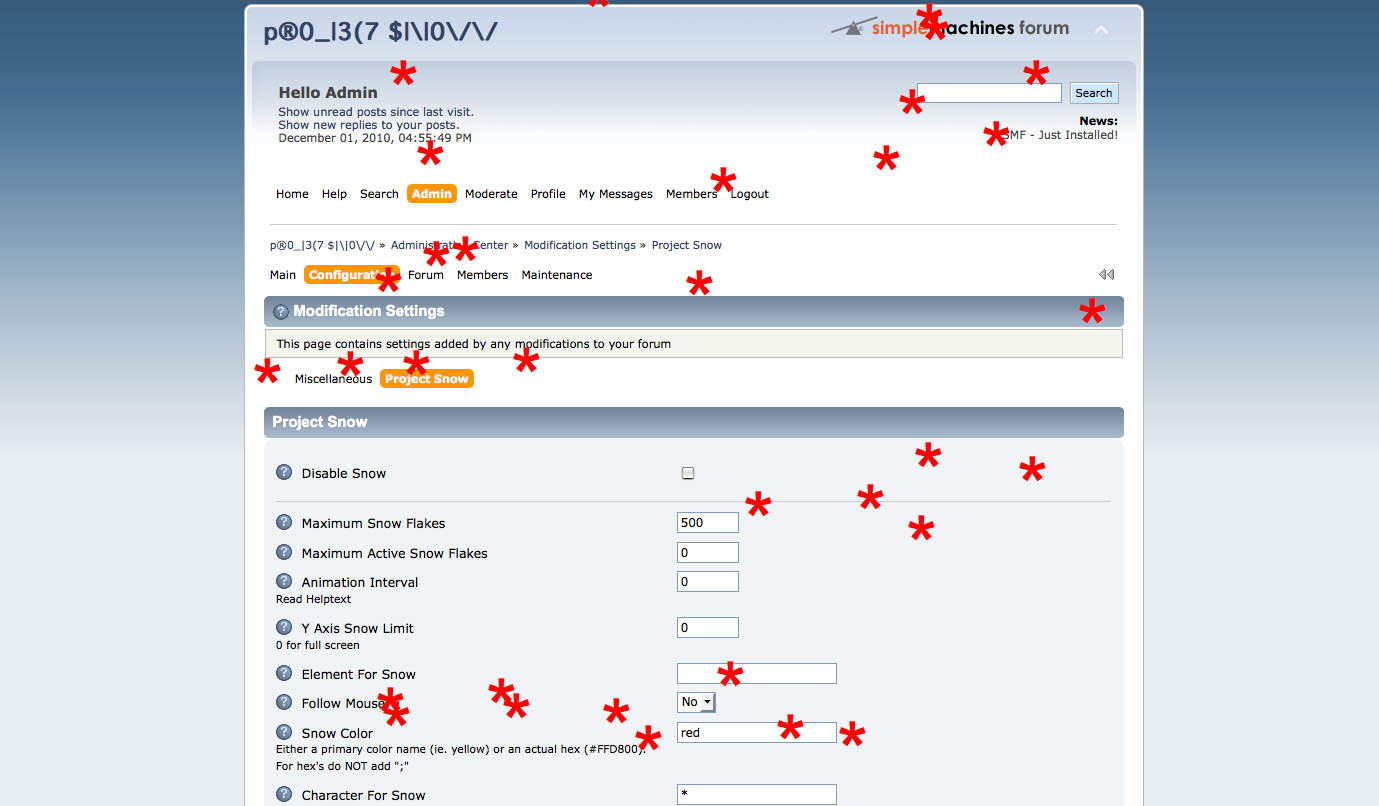 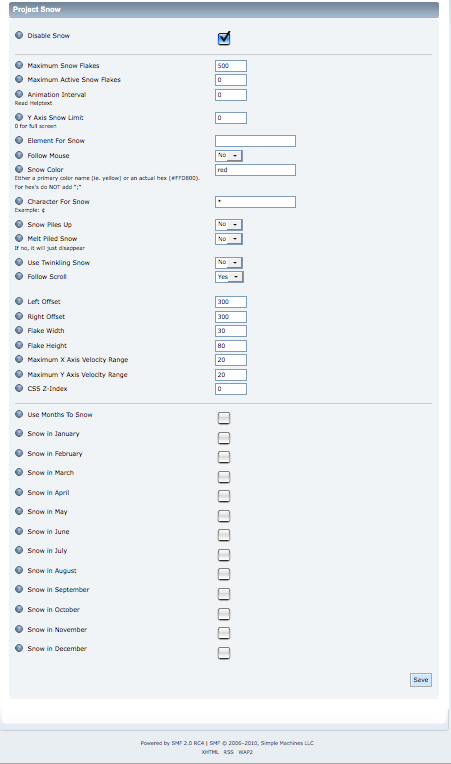 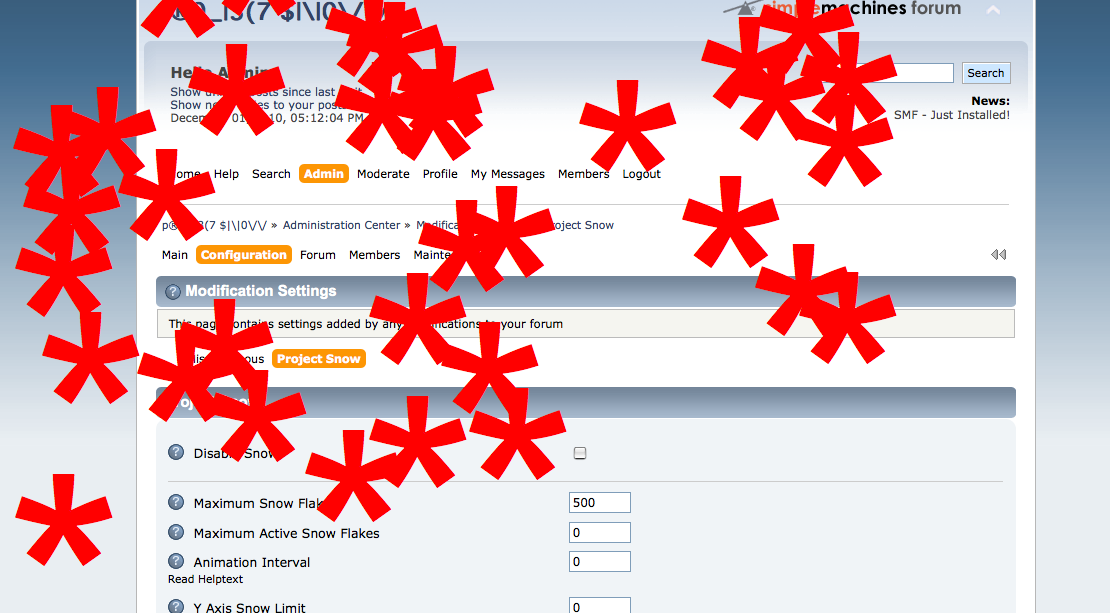 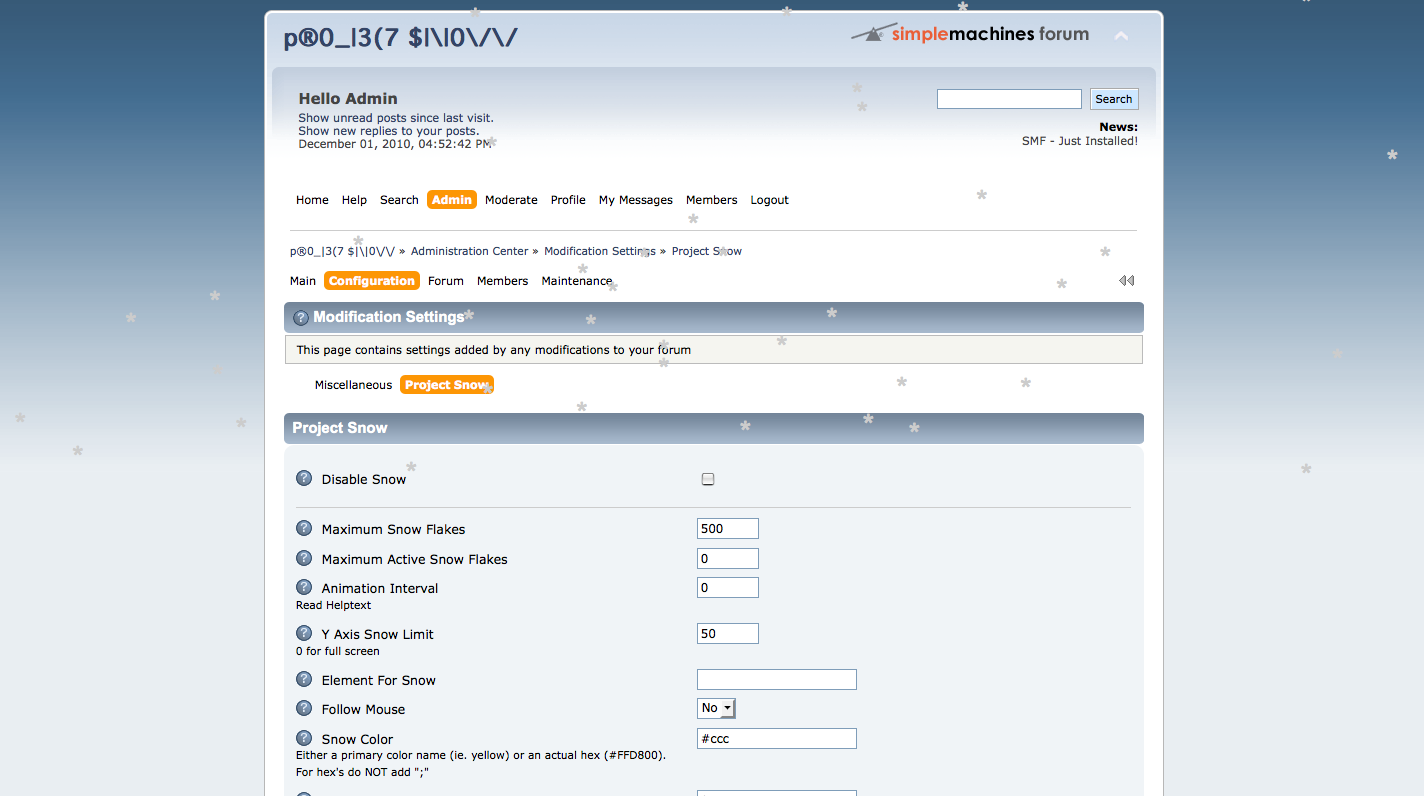 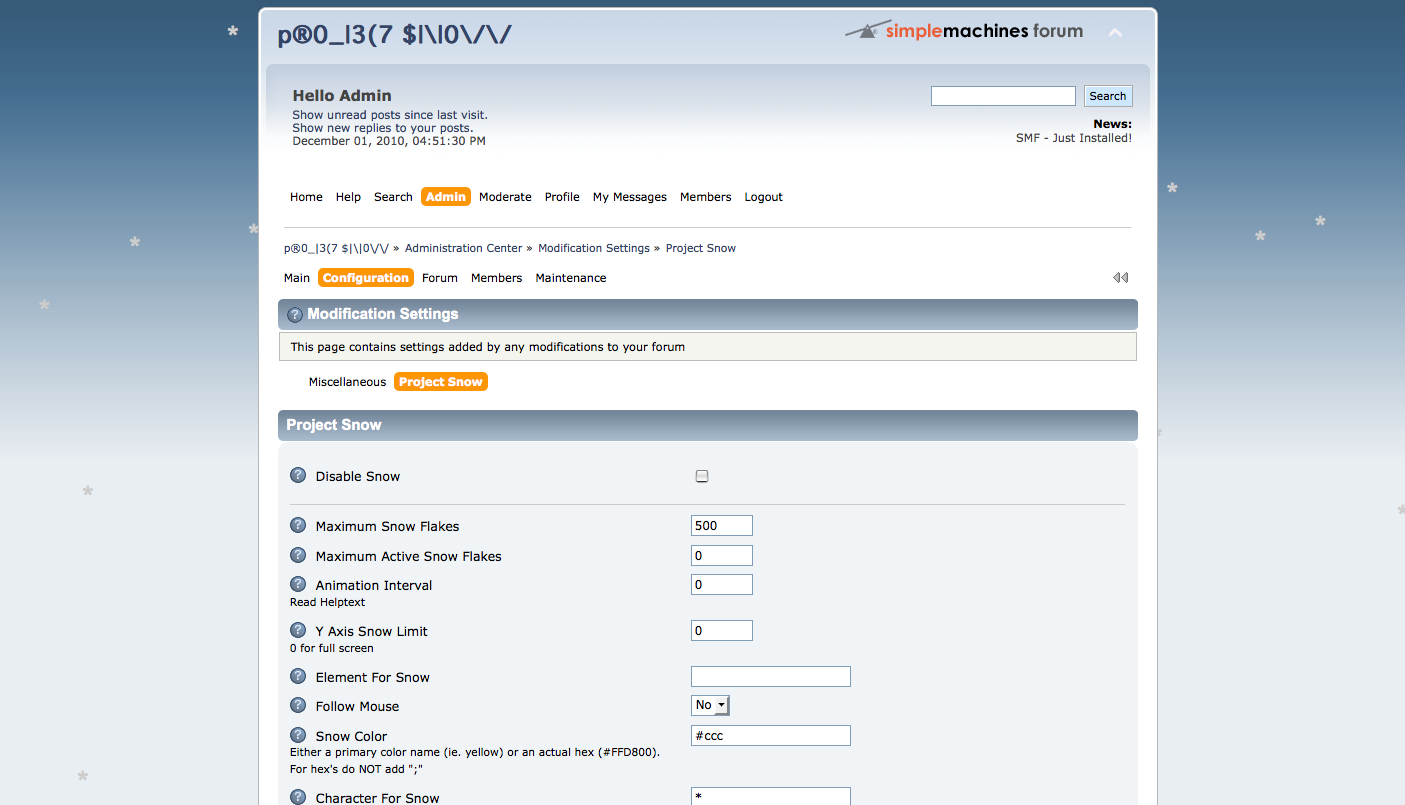 Summary
Want your forum to snow? The much awaited Project Snow 1.1 is finally here!

Very powerfully coded from the ground up, allowing you to change settings such as snow color, snow character, snowflake width and height, or even let your users toggle their snow on or off! Want to only have it snow in December or January? You can pick which month or months you want it to snow in! And it will only snow in the months you checked. Along with MANY more settings to give you complete control over your forums snow!

Want the snow to JUST fall in the forums background, so it's not in the way of everything else? Well, you now can! Using the CSS z-index setting, simply set it to -5!

How about making the snow a different color? You can enter a hex color (ie. #ffdd00) or a primary color name (ie. yellow)! Just make sure you warn your members NOT to eat the snow, if it's yellow!

Here are some of the features...
General Features
Settings

Project Snow is and has always been free. Help keep it that way and support the developers financially by donating any amount!
We have put a lot of time and energy into Project Snow 1.1, as well as our other mods and appreciate donations to their development going.

And finally, we want to thank all of the Project Snow supporters and everyone who has downloaded it!

Installation
Package Manager should work in most cases. If you need to make any edits, the full list can be obtained from the Parse function on the right.

Useful links
Manual Installation Of Mods
How Do I Modify Files?

Link to Mod | Support the SMF Modders Team
You have to register or login to be able to leave a review
There are currently no reviews on this customization
Advertisement: